Cinetrii is a service aimed at film enthusiasts who want to understand the context of the films that they love. Directors and screenwriters might take inspiration from works that have come before - Cinetrii tries to trace this lineage. The algorithm analyzes written reviews by film critics, seeks out references to other works and tries to rank the connections on relevance.

Critics have a tendency to infer possible inspirations to a film. They will reference other works, namedrop directors, compare and contrast. Using large-scale text analysis it is possible to crowdsource knowledge from lifetimes of cinematic experience and art appreciation, while also giving credit to the reviewers.

Cinetrii has separate desktop and mobile browser interfaces. On a desktop browser, results are a presented in a node graph. The vertical axis of the graph represents time, meaning that the film closest to the queried film was also released the closest. Clicking the Older/Newer buttons will limit search results to older or newer films, respecively. The horizontal axis represents the strength of the connection, with the strongest one in the middle. Pages 2 and 3 are accessible by clicking the circles in the bottom left. Clicking a node will reveal the film along with critic quotes that can be cycled through.

On mobile, the interface is a basic scrolling page, with the strongest connection appearing first. 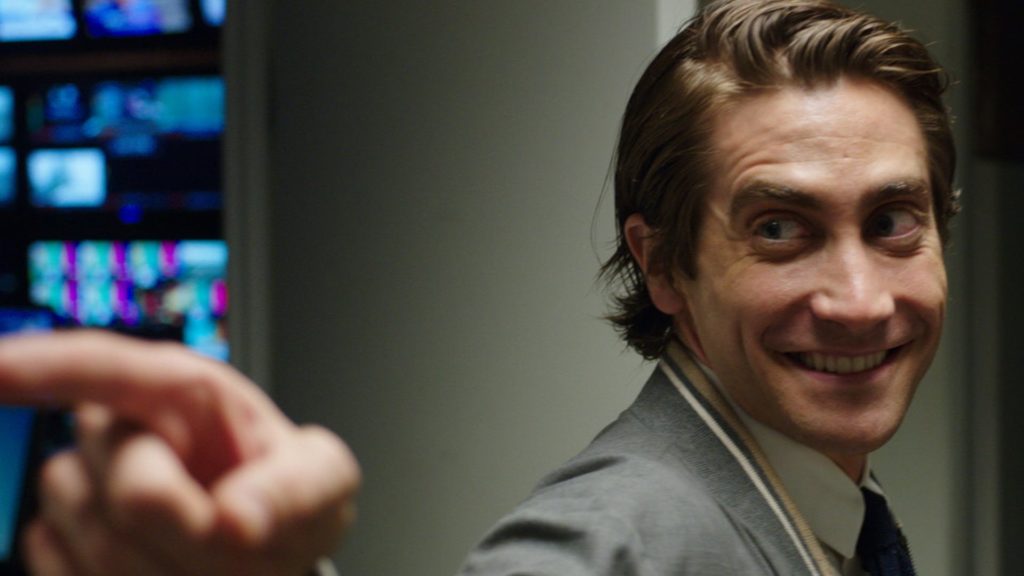 Film recommendation systems are seen as something of a perfected art, yet most are terrible. They're especially unfit for those with a keen knowledge of film. This can be illustrated with 2014's brilliant Nightcrawler. The film is a character study of an entrepreneur with a fledgling video news business in Los Angeles. The character, played by Jake Gyllenhaal, is a sociopath who appropriates corporate lingo and self-help rhetoric to manipulate everyone close to him. It's a cynical take on the state of 24-hour news as well as a twisted rags-to-riches story. What would be a good companion piece to Nightcrawler? Here are some recommendations from different systems: 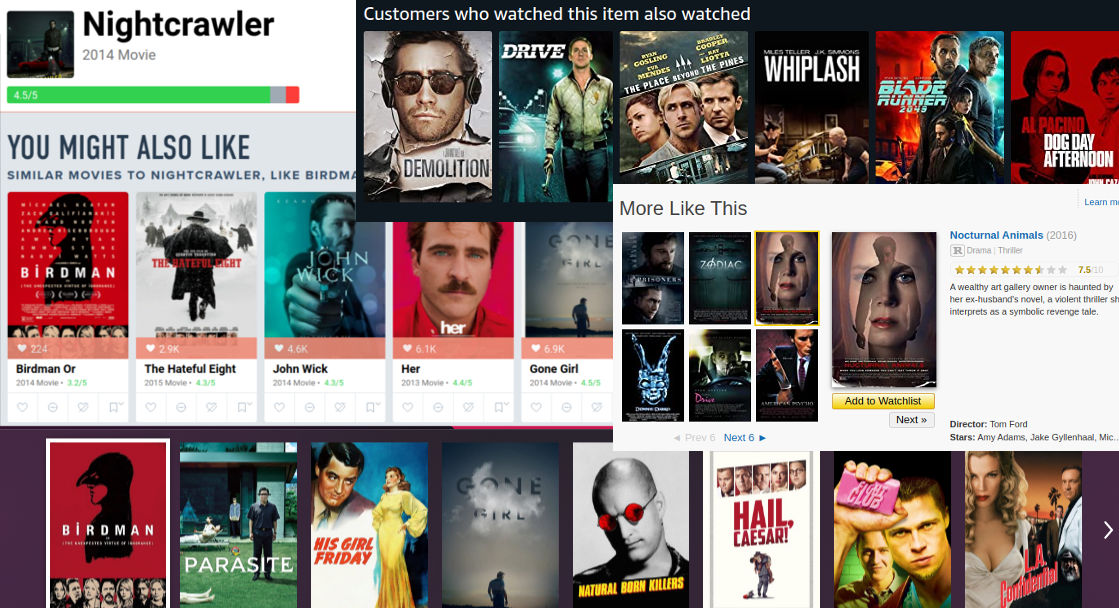 When the art form is reduced to vector calculus, these are the kind of obtuse results that emerge. They're not bad - the films suggested are good, but there is little in terms of explanation as to why they're there. Traditional recommendation systems, predictive models that are trained on user ratings data and the like, lack interpretability. There is also often a strong gravitational pull towards mainstream, popular titles which few people haven't seen, let alone need a system to discover them.

So how does Cinetrii do? 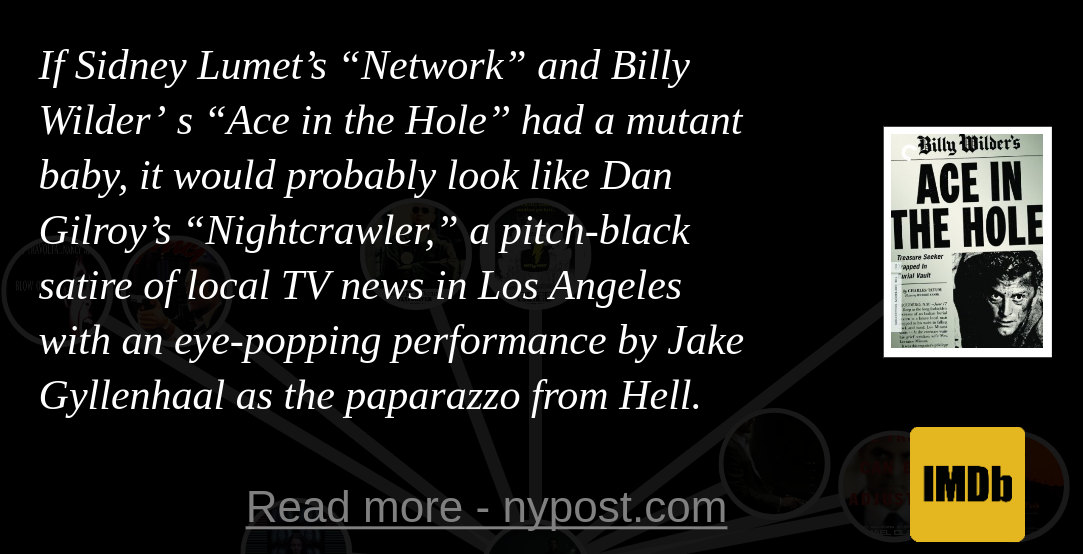 Cinetrii can provide suggestions with similar themes, characterizations or visual styles and motifs. It's all dependent on the type of film and the discussion that surrounds it. Some films, like big hollywood blockbusters, prompt few critics to draw comparisons to other works (beside other entries in the franchise, e.g. Marvel) and so the algorithm may not perform as well. However, when a connection is made you can review the quotes that determined the connection. The connections are interpretable.

Cinetrii does not weight results toward mainstream choices, rather a connection is boosted by the number of critics making the same reference. It's likely that Cinetrii can suggest something that's new to you. You may have seen Drive and Birdman, but have you seen Ace in the Hole?

A number of issues arise when dealing with text data to establish connections. Lack of data becomes apparent when venturing far back in history. Older films will notably have fewer connections than new releases as there are fewer reviews to analyze. Too much data, in a sense, can also be a problem. Sometimes the algorithm picks the wrong parts of a web document to analyze, which can result in spurious connections. Cinetrii also has a hard time distinguishing between a book and its cinematic adaptation - a critic will likely refer to the book. These issues will be hopefully be mitigated with the further development of Cinetrii.